Making Your Side Project Work for You

I’m about to give you everything you need to setup a process to ship every project you work on. Because let’s face it, that project isn’t worth your team’s time if it isn’t going to ship. But first, I have a story I think you’ll relate to:

About a year ago, Joelle and I were going to write a book about marketing your software product before it’s built. At least that’s what we told ourselves.

We wrote 1 chapter and got distracted.

A couple months later, Michael approached us and wanted to write a bigger book, all about starting a software company. We’d call it How to Build a Rocketship.

We each wrote a few chapters, but found it was difficult to juggle with other work.

While we were planning how to market the book we’d never release, we decided to interview some entrepreneurs and feature their stories in the book.

We DID interview entrepreneurs. 100+ of them. And those interviews have been downloaded 160,000+ times.

What follows is the story of how we stuck with our third project, Rocketship.fm, and how our learnings affect every new project we work on.

The Decision to Start

When we started interviewing startup founders, we didn’t plan on building a big podcast, it was simply the best way to get audio content in the hands of listeners.

But the actions we took from that initial decision forward made it extremely easy to stick with the project as it grew, without losing interest and letting it fizzle.

The best thing we did after deciding to conduct some interviews, is that we reached out to Ryan Hoover and asked him to be on the show. We’d been following Ryan on Twitter for a while and he’d just finished building the first version of Product Hunt. We weren’t sure if he’d be interested in being our first guest, but he was! So we set a date on the calendar.

Keep in mind, at this point, we didn’t have microphones. We didn’t know how to record remote interviews. We didn’t even know if we’d use Skype or something else. We were clueless.

But that was followed by a few days of cramming, ordering gear, and getting prepared for our first interview.

Because we set a date, the question wasn’t how we would do a podcast, or when we would start, or who we would talk to…it was, “What do we NEED for episode 1?”

None of us had experience podcasting, so Michael reached out to a friend who was an expert: Steve Young. Steve gave us the tips we needed, specific to launching on iTunes, to ensure we got a solid start. As we’ve progressed, we’ve reached out to Steve and others whenever we’re unclear on direction. For example, when we wanted a gut check to see if our sponsorship rates were appropriate, we called up Josh Long.

I can’t tell you why, but we initially decided to release 2 episodes per week, one on Tuesday and one on Thursday.

To this day, that’s our release schedule. We don’t need to think about it.

When Monday and Wednesday night strikes, the question is never, “Should we release an episode tomorrow?” But rather, it’s always, “Whose episode are we releasing tomorrow?”

The only solution to the second question, though, is becoming more efficient. Two episodes per week is difficult! Especially when we want Rocketship.fm to be a side project so that we can focus most of our time on our SaaS products.

Naturally, recording 2 or more episodes every week began to get in the way of our product work. So we tried recording only on Fridays.

Monday through Thursday would be free to focus on things other than the podcast. Friday would be the day in which we schedule back-to-back interviews and hang on Skype together for a few hours.

Stress is bad. And it leads to burn out.

You know what’s stressful? Knowing an episode needs to be released tomorrow (remember, no question about it), and not having an episode ready to go.

So we started loading up our Friday recordings even more. We broke the last rule and let recordings get scheduled on Thursdays, and Mondays, and Tuesdays, and Wednesdays.

“Shit! Now I’m stressed about my product because the podcast is taking too much of my time! But it does feel kind of good to have a buffer of podcast episodes ready to be released.”

So we found the happy medium. We returned to only Friday recordings. In fact, we use Calendly to let our guests pick a time that works for them. It only lets them choose times on Fridays, and only allows 2 interviews to be booked per Friday.

So where does that leave us? Let me give you an example. We have enough episodes recorded at the moment (Dec. 12) to release 2 per week through January 20.

Does that mean we stop recording new episodes? No!

The key is to record 2 every week so that we maintain our buffer and keep stress levels down.

However, it also means that we were able to record more episodes in November, so that we could all take some much deserved time off in December.

Will episodes stop airing? Nope! Can we spend some time with family and relax? Yup!

7. Build a Team that Overlaps.

We’ve tried to label our founders roles, but it doesn’t work. We overlap too much…and that’s incredible.

This means that we can cycle through working on different parts of the business to avoid burnout. Want to hustle sponsorships today and do sales? Go for it!

Want to design a new promotion or ad campaign? Do it!

We all trust each other to execute, which drastically increases the value of the time we each invest into the Rocketship.

With our recording schedule optimized, our biggest remaining weakness was the time it took to edit raw Skype calls, choose outro music, produce show notes, and update the website.

Michael and Joelle were getting burdened focusing on these tasks - so we looked for help, and it was one of the hardest things we’ve done. We needed to:

We put in the time, and the results have been great. Our editing is mostly done now by an outside contractor, saving our team hours every week.

The last change we made, and the most valuable in my opinion, is something Michael recommended a couple months ago.

We were struggling to get our new website launched. I was overbuilding. I was planning for future marketing campaigns that just weren’t important. And the result of that is that we weren’t executing (at least not publicly).

We hop on Skype every Monday morning, and we talk about what worked well the week before, and what we can all tackle together this week.

Do we need more sponsorship revenue? Let’s team up and reach out to our networks.

Are we launching a new product? Let’s team up on getting marketing materials ready.

Every week we focus on one project, together. This prevents any one of us from going down a bad path, for too long; and it channels all of our skills and energy into accomplishing smaller tasks, on a regular basis.

Rather than trying to each go build a house. We’re stacking the bricks together.

Something tells me that in a couple years, the house built in the latter scenario will be far more impressive than the things we would have built independently.

We’ve built a machine. It can’t be stopped.

Every week, 2 interviews will be released. Every month, more listeners will tune in. And with minimal effort and time, each of us is funded to work on our own SaaS projects. For Joelle and I, that is HookFeed. For Michael, that is WithCircle. 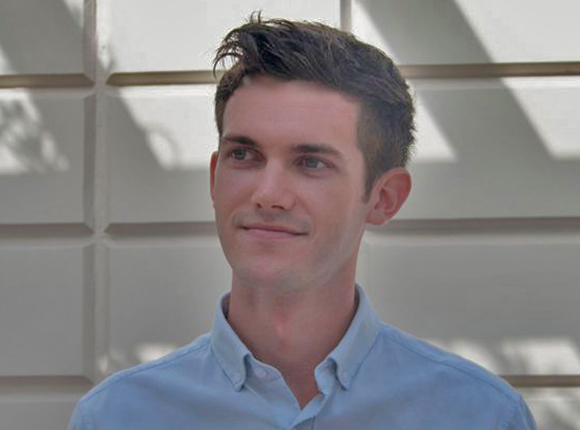