David vs. Goliath, And the Need for Constant Reinvention

We’re always looking for that untapped holy grail of a new market. Something super niche. Something that no one else thought to go after. It’s exciting. It’s sexy.

And as entrepreneurs, we’re programmed to ask ourselves:
What new problems can I solve?

But why don’t we ask ourselves more often:
How can I solve problem X better than company Y?

We’re becoming so programmed to look for the “new”, that we’re becoming averse to solving existing problems, better.

Maybe it’s because it’s just plain daunting to think about going up against a Goliath when you’re a David. And even if you’re incredibly confident that you’ve found a better way to do things, there are a million reasons to talk yourself out of going up against a heavy hitter. It’s intimidating.

But actually, it happens all the time. Some of the most successful companies of the last couple years didn’t come up with an idea that required a new market. They solved old problems in new ways.

Take Lyft and Uber for example—going up against the Taxi unions. Stripe taking on PayPal. KISSMetrics and Mixpanel taking on Google Analytics.

What it really comes down to is finding a way to do things better (whether it’s a new problem or an old one), and knowing what and where your advantages are.

In his book, “David and Goliath: Underdogs, Misfits, and the Art of Battling Giants”, Malcolm Gladwell takes the stance that David, not Goliath, actually had the advantage in that battle.

“It is because of, and not despite, David’s size and unorthodox choice of weapon that he is able to slay the lumbering giant[…]most people underestimate the importance of agility and speed.”

“David’s sling is a devastating weapon[…]Then we have a big, lumbering guy weighed down with armor, who can’t see much more than a few feet in front of his face, up against a kid running at him with a devastating weapon and a rock traveling with the stopping power of a .45 caliber handgun. That’s not a story of an underdog and a favorite.David has a ton of advantages in that battle, they’re just not obvious.” -Malcolm Gladwell

SO HOW DO YOU TAKE ON A GOLIATH?

We recently interviewed Todd Garland, founder of BuySellAds (BSA). He opened up about his experience and the challenges of taking on his Goliath, and diving head first into a dinosaur of an industry: online banner advertising.

“I was pretty naive going into it. Had I known it was a David & Goliath situation, I probably wouldn’t have done it. But that’s the beauty of being naive and being able to take a fresh perspective on an industry with a ton of baggage. Just being able to go into it with a fresh set of eyes and looking at how you can break down a problem at the most simple level, and how you can help people solve their problem.”

When he entered the market in 2008, he was up against the then dominant AdBrite. It seemed like they had all the advantages: a huge existing customer base, a big team of sales people, tons of options for advertisers to place ads, tons of features, etc. But AdBrite was clunky, and they were complicated. Todd saw a better way — a need for massive simplification.

And that became the key difference for BSA. They sold ads at fixed 30 day rates. And that was the only option. They focused on making it incredibly simple for publishers to get ads up on their site, and easy for them to get paid.

“I found a better way to get advertiser money and ‘Robbin Hood’ it over to the publishers.”

Then, he just looked for them online. And the hard work began. He emailed, he cold called, he built personal relationships anywhere and everywhere he could. He hustled.

Fast forward about 6 years and BSA has a team that spans worldwide, they’ve got an established customer base, brand, infrastructure, etc.

“It’s always going to hard foranycompany to launch a new thing. That’s an important lesson for folks starting out for the first time, and maybe people launching their first company to understand. While you may think you’re up against Goliath, because they already have a customer base, and they have tech, and they have a team, and they have money and all those things, it really is much more of a level playing field than you might think.” 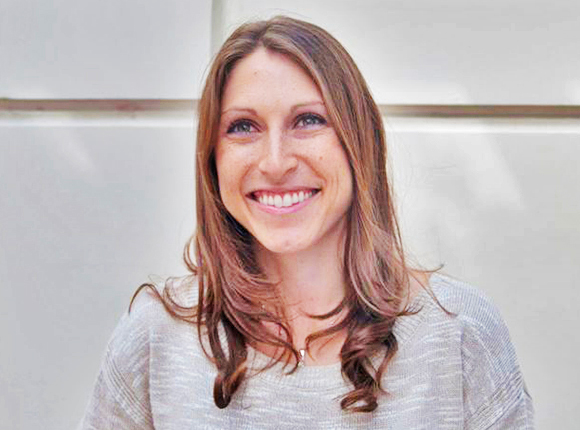